Trade plays a major role in the daily gaming experience of every infinitian. Trade, by definition is the activity of buying, selling, or exchanging items or services between people.

It opens up different opportunities to players in accordance to their wants and needs. For example, a player who can’t afford to donate, but is very diligent in farming items can exchange his farmed goods for items that can only be obtained via donation like uber items. Likewise, a player who does not have time to farm can offer a certain donation amount in exchange for a particular item. 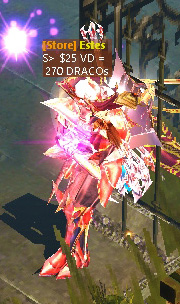 Transactions via donation (VD) are deals that involve cash donations (US dollar). Simply put, one player donates on behalf of another in exchange for a good offer.

Example: Player 1, Xane wants to have Uber Alviss Set (attainable only via donation for $25), but he is unable to meet the necessary donation amount, so he collected 270 dracos and looked for a potential buyer. Player 2, Estes on the other hand is a donator. He wants to have an Uber Draconite Set worth 240 dracos, but he doesn’t have the time (or maybe just lazy) to farm, so he looked for a draco vendor instead. Both agreed to have a deal so, Estes donated $25 on behalf of Xane in exchange for 270 draconites. 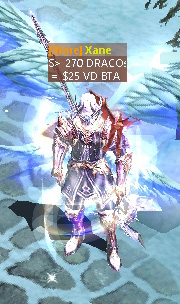 "This initiative is only because we want to make better game for those who can't afford to donate but would like to have Uber Sets in exchange for their Winds or Draconites collected ingame.” – RESiSTANT

In reality, the previous transaction example could have been a perfect scam opportunity given that manual trades can only cater up to 32 pieces of 1x1 items like draconites. Large scale trades can certainly be perilous especially for unwary players. This is why the Infinity MU administration launched the Big Trade Assistance (BTA) program back in 2017. It is a feature that aims to provide players security and convenience particularly in large scale transactions. It also gives an opportunity to those who can’t afford to donate.


Players who wish to avail of this service may access it at the Get Assistance Section in the forum. Like any other features and services, BTA also follows a certain set of rules and regulations, which you can find in this article.

Disclaimer: The prices and rates in the market are established and developed by the players without any intervention from the InfinityMU Staff Team. Prices and rates are greatly affected by factors such as trend, supply and trader’s impulse. If you want to check the current prices and rates it's always best to check Price Check section in forum or simply visit Lorencia in Server 3.