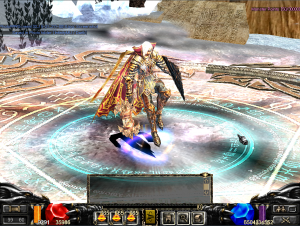 Thor was born on a Thursday, way before Thursday was known as a week’s name. His name is a legend and that legend was built during the time of great gods, and it still vibrates to our days.

He enjoyed a fierce battle from the very beginning of his rookie existence as a warrior. He was reckless, hot-headed and went head first in every combat he ever enlisted in. He enjoyed his gatherings as much as he enjoyed his fights and always lived his life at full intensity. He had fabulous stories to brag about whenever he had people gathered around the table filled with ale and women.He loved talking about his accomplishments like he loved his armor, shield and mace that he wore at every battle he participated in until that time. He called them Asgard, to remind him of his birth place, while being on his warrior quests. The big and classy epaulettes covered his broad shoulders. They both had spikes on, just like the gloves and boots. The dark blue velvet of the armor was held tight on his built waist by an elegant belt. The middle of the armor had a low cut neck that showed a tiny skull who held tight the hard leather beneath it. He liked wearing this set because it reminded him of every battle he participated in so far. He made sure he could trace a symbol on his weapon and shield as a reminder of each battle. Therefore he added traditional signs on his mace and gemstones inserted into special folds of the shield’s metal, after each battle.

He always liked to brag about his weapons and victories, like in that nigh when Zienna the Enchantress heard him talk about this big adventure that he had in a frozen realm called Niflheim. This was way before Thor got his hammer and his throne in Asgard. He was merely a young warrior always searching for fights, ale and beautiful bosom on which he could sleep. Actually that beautiful bosom got him in an interesting trouble that night. Being in Devias with his mates, partying after a big fight, he went outside to relieve himself when he saw this shade of purple dashing in front of him, in the cold whiteness of the ice. At first he thought the ale started to play with his visions but nevertheless he started following that shade. He walked and walked, carefully so that the purple shade wouldn’t notice him, leaning against the city walls, lurking after the wooden doors of Isabella’s barracks until he saw that the purple shade went into a big ball of light. This was getting interesting by the minute. Either he was really drunk and couldn’t make the difference between reality or fantasy or that was really happening. But he enjoyed this pleasant feeling of uncertainty and went on. He stepped forward, leaning a bit from one side to another, stood tall and strong in front of the big ball of light and let himself go inside it.

He woke up with his blond beard covered with snow and his lower jaw slightly frozen. He remembered he was in Devias but didn’t remember it was so cold that he would freeze. Or maybe it was because of the ale he drunk. He opened his eyes and saw a white frozen realm before him with tall icy trees and flying constellations. It did look like Devias but that was not it. He remembered seeing that purple shade and got up to look for it when, from behind, he heard something cracking and a big black shade covered him. When he looked behind, he saw a big stone serpent looking down at him with empty socket eyes and big sharp fangs. Thor reached for his mace but it was not there. Then he remembered he forgot his weapon at the barracks. He fumbled and fell on the ground then he rolled over so that the fangs of the stone serpent wouldn’t get him. He needed a few minutes to compose himself while getting on his feet, then he started running towards the nearest tree. He saw that was not a very good idea because the snake followed him as he heard him moving in the snow. The snake trashed the tree like it was a snowflake then, when he was just heading towards Thor he was struck by a purple lightning. The serpent shattered in dust particles all over Thor. Trying to get up while coughing, he heard a silky voice of a woman, giggling in the near vicinity. He tried to get off the dust from his eyes, with his wristbands when he saw that same shade of purple that he saw in Devias a while ago. Only that, this time, that shade of purple started growing by the second and turning into a voluptuous shape of a woman. He still didn’t believe that a glowing shade of purple could turn into a woman when he heard the second voice, a playful voice asking him to join their game. The second voice came from a woman similar to the one he saw just now. They were both floating in front of him, stretching out their hands in order to help him stand up. He accepted their game with only one condition, that both of them would come back to his room, in the barracks, if he wins. The women giggled and faded while he remained alone in the cold snow. He looked for them but he didn’t see them, he started running but as soon as he felt like reaching closer to one giggle he realized that the sound was coming from another direction. He looked and looked being lured by the witches perfume and soft giggles, by their warm touches or shades. He thought he saw them in the ice, he thought he saw them in the trees but they were not there. He turned and run until he fell on his knees out of breath. His sweat was frozen on his forehead and he felt dizzier than before. Right when he thought of giving up, he heard the two silhouettes approaching him and with a swift move he grabbed both of the women by their wrists in a tight grip. The women started squirming and crying so hard that the ice started cracking. Wanting to cover his ears, Thor let them loose. But they didn’t run. They only thanked him for the fun they had and acknowledged his win. They told him they were Astrape and Bronte, the twin goddesses of lightning who enjoyed playing and who never got caught as fast and strong as they were earlier in Thor’s grip. Thor enjoyed each and every single word they spoke. He was mesmerized by these two purple beauties and trying to get a bit closer to them he slipped on ice and fell, hitting his head on a rock.

When he woke up, he was face front on a big pile of snow outside his barracks. His head hurt but didn’t remember why. Only remembered those beautiful purple silhouettes and wondered if he dreamt about them or not. He turned to see if the big glowing light was still there where he last saw but it wasn’t. A mate of his got outside, looking for him, because they were preparing another round of ale. While helping him to stand, Thor saw two purple gemstones in his pocket with the initials B and A engraved in them. He smiled and went inside the barracks. He’ll find them one day and claim his prize.

The Thor Asgard set is an Uber Tier 2 Draco Set and consist of Helm, Armor, Pants, Gloves, Boots, Mace and Shield. The set can be worn by Dark Lord.

The Uber Thor Asgard set can be claimed with 240 Draconites via your account info panel in www.infinitymu.net: