This is 3-Month PVP Ranking for the Battle Event in our server!
Battle Event is an PVP Event, scheduled 3 times per day at Server 4 and Four times at Server 3.
Event takes place in Devias PVP Arena

Event Time time frame: 7 Minutes.
Event Mission: Kill as much as you can to win the event.
Event Rules: Free For All Fight.
Daily Event Prize: 500 Gold Credits.

Please read the rules and follow them in order to win with fairplay.

1. Players are not allowed to play in a team;

2. Players are not allowed to use Npc Buffer or give buffs otherwise they will be disqualified and banned, just use /offbuff command to stop your buffs in case you play Battle Event! Only exception is that you can use your own character class special buff, E.g. BK Swell Buff if you are BK, SM Mana Shield if you are SM, DL Crit Buff in case you are DL;

3. You must attack everyone and if you are reported with video or GM caught you playing in team you will be automatically disqualified from the 3 months event;

4. For the elves is strictly forbidden to come and buff anyone in the event. The elf character that does this will be banned permanently from the server and the main account will be banned for a week;

5. Party is strictly forbidden in the Battle Event;

6. Players are not allowed to participate for top 3 rewards with other characters if they are already in top 3.

7. InfinityMU Staff reserves the right to disqualify any player without any proof.

All character classes are welcome.

Top 1 Player will receive $50.00 in items (e.g. Uber Set Tier-1, Uber Weapon Tier1/Tier2, Uber Accessories Rings/Pendants) by choice except Tier-2 Set/Achievements/GuildBuff and place in Hall of Fame!
Top 2 & Top 3 players shall receive $25.00 in items, achievements or gold credits by their choice.
Consolation Prizes: consolations are calculated in this order: if you have 7 wins, you will receive 7,000 Gold Credits for the webshop.

- The ranking is determined by Wins And Kills and ordered by Most Wins! 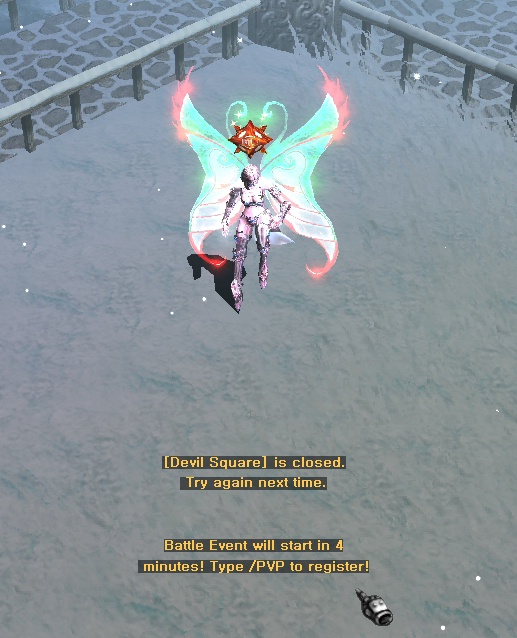 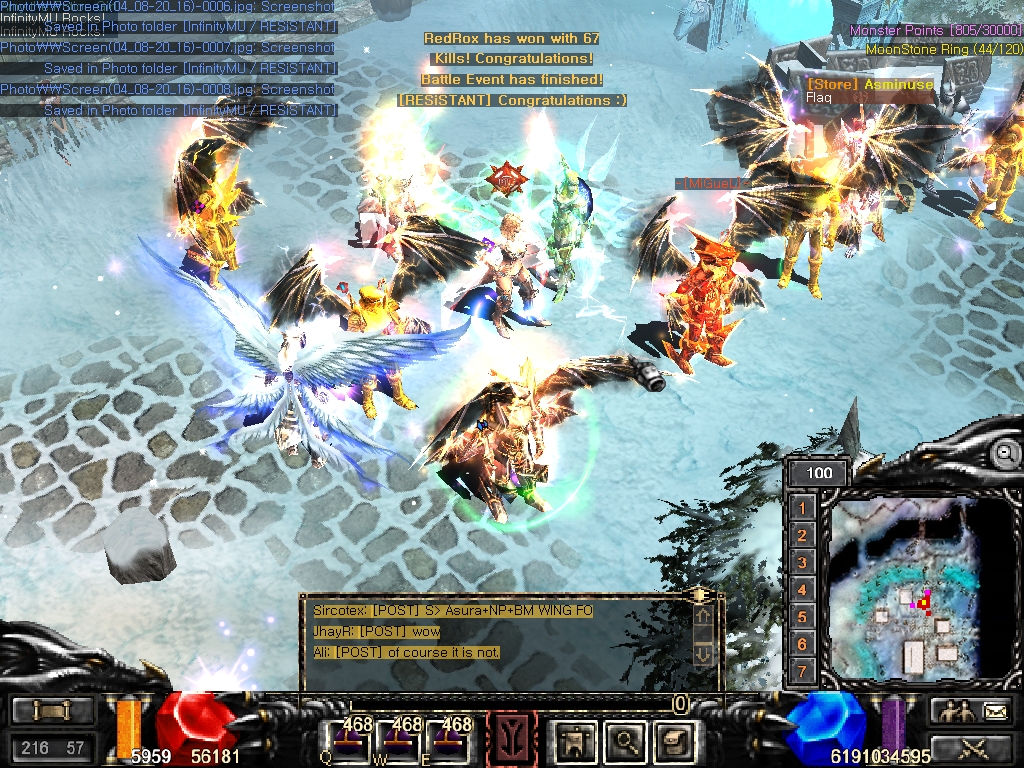